Smartphones are everyone’s daily companion. In fact, 77% of the American population owns a personal smartphone, and yes, including children. In this digital era, people have to keep up. Especially today that the demands of life increase – work, learning, and social life, the more reasons to use smartphones. However, everything too much brings no good. Too many sweets cause diabetes. Too much fries and burger lead to obesity and heart problems. Well, too much use of cell phones also increases your risk to various health problems.

In this article, we will discuss the top 15 damaging health effects brought by the everyday use of smartphones:

An average individual spends at least five hours a day on their smartphone. This dependence on the smartphone can develop into a serious addiction. Based on a study, 72% of people have this so-called “nomophobia” or the fear of having no phones. In fact, 70% of American women admit that they experience phone separation anxiety.

When people become addicted of their symptoms, they will experience withdrawal symptoms. Like drug and alcohol addicts, people with smartphone addiction experience panic, confusion, and physical distress without their phones. Based on a 2011 study among 1,000 students, a ‘clear majority’ of them showed withdrawal symptoms when their smartphones are being confiscated for 24 hours.

The excessive use of a smartphone can lead to the development of back problems. According to the British Chiropractic Association, more young people experience back problems due to smartphone use. Based on a 2015 statistics, 45% of young people between 16 and 24 years suffer from musculoskeletal problems, especially their back. On the other hand, excessive and continuous use of smartphones can cause “text claw” – a pain in the tendons or muscles in your fingers and wrists.

A recent study linked the use of a smartphone to the development of “occipital neuralgia”. It is a neurological condition in which nerves that linked your head and your spine are compressed or inflamed. There is no cure for this condition. However, the pain can be managed through medication, massage, and yoga, among others.

Stress is the most direct impact of smartphone use. Based on a 2012 research, responding to incoming alerts and notifications can cause stress. Excessive use can also stress the eyes, nerves, and other body parts which affect overall functioning. Moreover, it can also lead to depression. A Northwestern University study revealed that the more you spend time with your phone, the more you are depressed.

When you spend at least five hours a day on your smartphone, of course, you miss hours or even minutes of doing daily exercise and cooking healthy meals. In short, you become inactive. The stress that the smartphone is causing you also encourages your body to seek for more food. Further, this sedentary lifestyle can lead you to obesity, diabetes, and heart disorders.

In a 2013 study, three-fourths of the world population sleep with their smartphones. Smartphone emits radiofrequency waves and bright light which contribute to sleep deprivation. According to Harvard researchers, the light that smartphones emit can suppress melatonin production, the hormone that balances your sleep cycle. Based on a 2015 study, smartphone light causes insomnia than drinking a cup of coffee.

Studies suggest that smartphones diminish productivity and performance. It reduces your attention span when you are working on detailed and difficult tasks. Moreover, the presence of smartphones in social settings steal your attention. It decreases your concentration in responding to external stimuli because you are focused on your smartphone.

Smartphones provide easy access to any type of content – including violence. The more you are exposed to violent-themed news, videos and other forms of content, the more you are likely to develop a violent behavior, especially for children.

The use of smartphones has negative effects on your social health. When you connect to the virtual world, you disconnect from the real world. According to a research conducted by the University of Essex, people who are more dependent on their smartphones have a low quality of relationship and less trust to their partners or families. A University of Maryland research also suggests that smartphone use can develop a selfish, antisocial behavior to people. 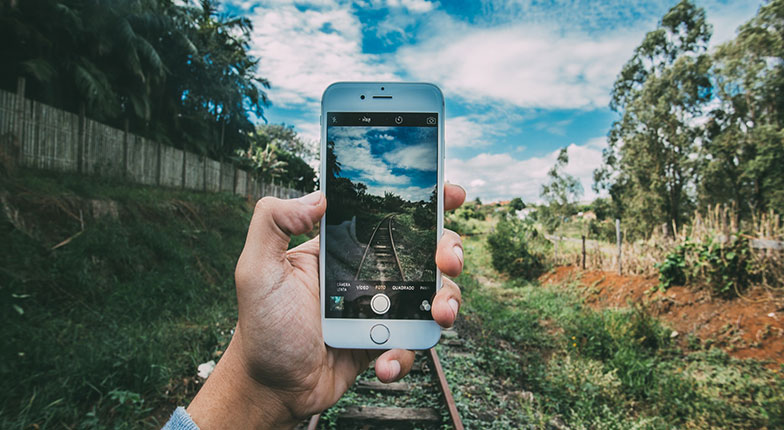 The use of a smartphone is among the leading causes of car accidents in the world. Moreover, pedestrians who use their smartphones can increase their risk to a road accident. Based on a research, the use of cell phones can reduce brain activity to 37%, losing focus while driving. Thus, keep your eyes on the road, not on your phone.

The American Macular Degeneration Foundation found out that the use of smartphones can lead to retinal damage or worse, macular degeneration which refers to the loss of central vision. Based on a survey of 2,000 people, 55% of them experienced eye discomfort after continuous use of smartphones. The blue and green light from smartphones also causes dry eye syndrome.

The use of headphones can contribute to loss of hearing. According to the Dangerous Decibels, exposure to above 85-decibel sound or noise can cause hearing loss. Based on the records of National Institute on Deafness, about 26 million Americans suffer from noise-induced hearing loss, and one factor is the use of headphones.

You may think your smartphone is clean, but it is a home to different types of bacteria. According to a study from the University of Arizona, smartphones host around 10 times the amount of bacteria found on your toilet. This can weaken your immune system which leads to various flu and diseases.

Smartphones emit radio waves which can be absorbed by our tissues. These radio waves are a form of electromagnetic radiation which can increase a person’s risk to cancer. Researchers found out that exposure to radiation can enhance chemical carcinogens that develop into cancer. Some epidemiological studies found the relationship between smartphone use and the increased risk of different types of tumors.